Covid-19: Houston West TMS is evaluating patients for TMS and performing TMS treatments. We are following the CDC Guidelines and recommendations from Brainsway to ensure your safety and our staff’s safety. We look forward to being of assistance to you!

TMS For Tinnitus And Hallucinations Specialist 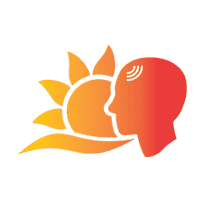 Tinnitus, also called "ringing in the ears" involves hearing sounds ( not voices) that originate from inside the head. Hallucinations involve seeing, hearing, touching, or smelling things that aren’t actually real. In many cases, issues with your brain can cause these symptoms. If you experience tinnitus or auditory hallucinations (related to schizophrenia or schizoaffective disorder), you may benefit from the help of a Brainsway Deep Transcranial Magnetic Stimulation (Deep TMS) specialist and board-certified psychiatrist, William Drell, MD of Houston West TMS. Please note that TMS is not FDA-approved for the treatment of tinnitus or hallucinations. TMS is an off-label treatment for hallucinations and tinnitus that deserves consideration. It is not covered by insurance at this time. If you or a loved one are experiencing tinnitus or hallucinations in spite of appropriate treatment, call his office in Houston, Texas, or request an appointment online.

Tinnitus is the perception of a noise in your head that is not perceived by others. It is often called “ringing in the ears”. It is not like the auditory hallucinations heard by schizophrenic patients which will be addressed below.

Tinnitus can be very distressing to people leading to anxiety, depression, sleep difficulties and trouble functioning at home or on the job. If you are a loved one suffer from tinnitus, help may be available at Houston West TMS.  William Drell M.D. is a Brainsway Deep Transcranial Magnetic Stimulation (Deep TMS) Specialist and board certified psychiatrist who offers this non -invasive magnetic therapy to people living with tinnitus.

Please note that TMS is not FDA approved for the treatment of tinnitus. It is an off label treatment for tinnitus that deserves consideration. It is not covered by insurance at this time.

Tinnitus is defined as a perception of noise in your head that can not be heard by others. It can include ringing, buzzing, roaring, hissing, or humming etc.  It is not like the auditory hallucinations heard by patients with Schizophrenia or Parkinson’sDisease.  Tinnitus can be very stressful leading to depression, anxiety, insomnia, and difficulty with attention and concentration.

Since Tinnitus is often triggered by noise, it is not surprising tinnitus is  the most common service connected disability among  U.S.Veterans. Tinnitus can be caused by loud noises, hearing loss, medication, viral infections, vascular problems or head trauma. Most often we don’t know the actual cause which makes treating it difficult.

How is Tinnitus treated?

Tinnitus is usually treated by an E.N.T. (Ear, Nose, and Throat) doctor. They may have an audiologist do hearing tests and prescribe hearing aids to help improve hearing or to mask the tinnitus.  They may also prescribe white noise machines or apps to help mask the noise. They may offer other treatments if tinnitus is related to illness or Meniere’s disease. If the tinnitus is related to blood vessel or vascular problems, they may prescribe medication or surgery. Sometimes removing earwax can help reduce tinnitus. The doctor may suggest changing some of your medications if they happen to contribute to tinnitus. They are dozens of herbal products that allege they cure ringing your ears. Many are scams and others may help some people. Hypnosis and acupuncture have also tried.  Transcranial Magnetic Stimulation has been shown to be effective in reducing tinnitus.

Transcranial Magnetic Stimulation or TMS involves the application of a strong magnetic field close to the surface of the scalp. The TMS device delivers strong and brief magnetic pulses that stimulate the brain and its  network of neurons. TMS has been studied for decades and may offer hope for some of the 45-50 million Americans suffering from tinnitus. TMS has been shown to alleviate tinnitus in 1/3 to 1/2 of the patients. A study at Oregon Health and Science University, published in July 2015, showed 18 of 32 patients treated with TMS targeting the auditory cortex (above the ear) had their tinnitus symptoms alleviated for at least 6 months. The procedure is non-invasive and has minimal side effects. TMS treatment may be helpful for your tinnitus. TMS may also  help alleviate the depression and anxiety symptoms caused by tinnitus also.

If you suffer from tinnitus, contact Dr. Drell at Houston West TMS.  Call the office today or request an appointment online.

Hallucinations often signal a problem in your brain’s function. Causes include:

How are hallucinations treated?

Your psychiatrist will do everything he or she can to determine what is causing your hallucinations. Treatment depends very much on the cause. Your psychiatrist may order a magnetic resonance imaging (MRI) and electroencephalogram to get specific images of your brain and its activity.

Treatment involves addressing the issues causing hallucinations and may include:

Whatever you do, don’t just wish your hallucinations would go away. Without treatment, they may become more intense and vivid and interfere with your quality of life.

Transcranial magnetic stimulation, or TMS, involves the application of a strong magnetic field close to the surface of the scalp. The TMS device delivers strong and brief magnetic pulses that stimulate the brain and its network of neurons.

The procedure is noninvasive and has minimal side effects. The treatment may be helpful to people with schizophrenia who often experience symptoms of hearing voices or seeing things. TMS may be a complement to medication. Medication may often cause unwanted side effects, such as apathy, tremor, and significant weight gain. TMS does not cause any of those unwanted side effects.

Although TMS treatment for hallucinations associated with schizophrenia is relatively new, some research suggests positive outcomes and reductions in hallucinations. Deep TMS may also help with the negative symptoms of schizophrenia. These symptoms include lack of motivation, energy, and social withdrawal.

If you suffer from hallucinations or the “negative” symptoms of schizophrenia, contact Dr. Drell at Houston West TMS. He offers Deep TMS to complement the therapies you are already receiving from your current psychiatrist. Call the office today or request an appointment online.